YES, A Fake and a Fraud 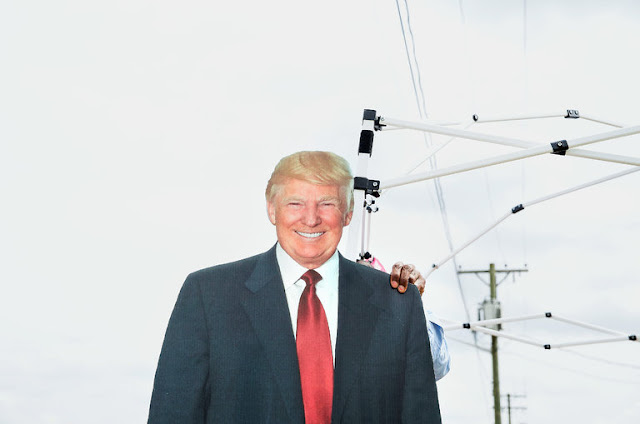 This photo of President Donald Trump is courtesy of Damon White and the New York Times. It was used this week -- April 20th, 2017 -- to illustrate a massive NY Times' article entitled "A Fake and a Fraud." That is the precise manner in which the Times' has depicted Mr. Trump in article after article and column after column every day for well over a year, or since it appeared the United States would democratically elect a President that the Times didn't like. And so, tomorrow and the days thereafter, if you read the Times, you can surely anticipate that most of its news coverage will be, in fact, anti-Trump propaganda. Understand that I am not a supporter of Mr. Trump but I am a passionate supporter of America and democracy, and thus I have respect for the Office of President of the United States. Is Mr. Trump more of a "fake and a fraud" than the New York Times? I don't think so. Moreover, I believe that the increasingly incompetent and biased mainstream U. S. media is more of a threat to the U. S. than the unpredictably enigmatic Donald Trump.

Arguably the most important of America's Founding Fathers, Thomas Jefferson was the third American President and the genius who wrote America's Declaration of Independence. Study his quotation above and then perhaps you will agree with my opening paragraph and premise. My study of this quotation leads me to believe that Jefferson today would conclude that ultra-powerful propaganda sheets and pundit-driven television news coverage -- masquerading as prime news sources -- constitute a far bigger threat to Democracy than anything else -- including questionable Presidents and nuclear-powered rogue nations. 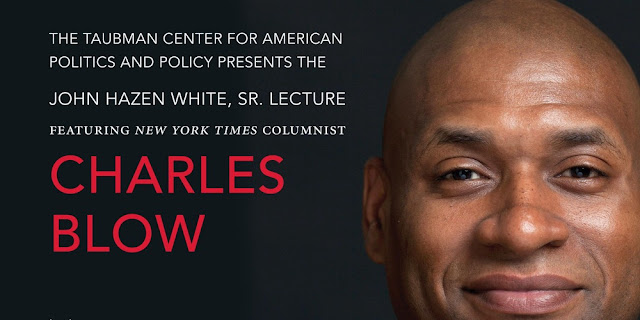 The aforementioned New York Times article dated April 20-2017 was written by Charles Blow with the blaring title "A Fake and a Fraud" referencing Mr. Blow's and the Times' continuous and unending depiction of President Trump. Fine and dandy. The problem is: Day-after-day, month-after-month, and now year-after-year -- that is, with rare exceptions, almost all the Times' does and all that Mr. Blow does.

Charles Blow was born 46-years-old in Gibsland, Louisiana. He graduated from Alabama's Grambling State University. Since 2008 he has been an ultra-powerful and unchallenged writer-columnist for the ultra-powerful New York Times. He is also an ultra-liberal, and so am I when it comes to race and other social issues. In fact, I assume that I've literally crossed and re-crossed the famed iconic Civil Rights Edmund Pettus Bridge at Selma, Alabama far more than Mr. Blow has. But unlike Mr. Blow, I don't believe totally innocent white children should continually be punished and ridiculed by extreme liberals by holding them responsible for injustices to African-Americans perpetrated long before they were born. I believe Mr. Blow's still ascending career is based to a large extent on that out-of-whack political correctness based on the deeply ingrained fear in America of being labeled "a racist." Moreover, I believe Mr. Blow's incessant assaults on President Trump show a disregard for the Office of President and for the political process that projected Mr. Trump to the White House. Also, I believe Mr. Blow has every right to disagree with me but I don't believe he believes I have the right to disagree with him, based on what is indicated directly below. 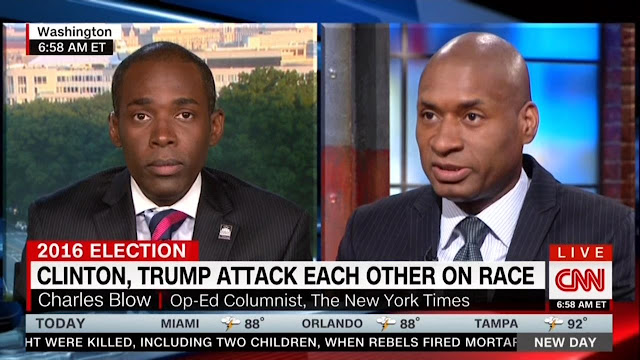 Using his celebrity at the New York Times and stretching rampant political correctness to its pusillanimous limits, Charles Blow and many like him are ubiquitous pundits on network television "news" programs that mostly use punditry as biased propaganda tools and to promote whatever the pundits are selling -- mostly themselves. In the punditry battle depicted above on CNN, that's the extreme anti-Trump liberal Charles Blow on the right and the extreme pro-Trump conservative Paris Dennard on the left. Interestingly enough, both men are African-Americans as you can see. This bitter exchange aired on August 20th, 2016 in case you want to check that program's highlights. Mr. Blow -- no matter what he writes or says -- is totally unaccustomed to being challenged regardless of how extreme -- or, yes, racist -- his views may appear to be. In the pivotal moment depicted above, Mr. Dennard had just said something about Mr. Trump that Mr. Blow disagreed with. At that point Mr. Blow erupted into a tirade in which he claimed that CNN was committing "MEDIA MALPRACTICE" FOR EVEN PERMITTING MR. DENNARD ON THE PROGRAM. Fortified with rampant political correctness, it seems Mr. Blow and his ilk don't think contrary opinions, including mine I'm sure, should be allowed at this time in America's democratically challenged environs. 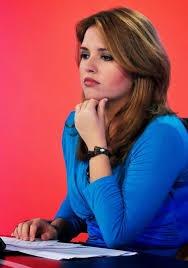 And speaking of Charles Blow, out-of-whack political correctness, and Americans scared-to-death about being labeled racists, reminds me of...Cristina Escobar. She is an absolutely brilliant...in Spanish or English...broadcast journalist in Cuba. Just being Cuban in Cuba makes her a villain in the eyes of the politically correct and right-wing U. S. media, both factions of whom are now jokes as, I believe, Mr. Jefferson would agree. But Cristina Escobar is neither a villain nor a joke. She's just a brilliant, smart and well-educated broadcast journalist as she proves daily in Cuba and has proven on three separate journalistic visits to the United States. On both Cuban and U. S. soil she has made this statement: "Journalists in Cuba have more freedom to tell the truth about the United States than journalists in the United States have to tell the truth about Cuba."
Whether or not you believe in Cristina Escobar's quotation -- or Thomas Jefferson's quotation for that matter -- I believe it is incumbent upon you to believe that she is a smart, brilliant, and well-educated broadcast journalist and that he is perhaps the smartest and most brilliant of America's Founding Fathers.

In other words, I believe that Cristina Escobar has a right to her opinion even if she is in Cuba. And I believe that Charles Blow should allow other people to disagree with him even if he is in an America that is trying to survive rampant political correctness. Yes, Mr. Blow's CNN tirade against an Africa-American, Paris Dennard, that supports President Trump was not...shall I say...lost on me. And neither was Cristina Escobar's firm opinion about whether Cuban journalists like her have more freedom concerning certain topics, such as contentious U.S.-Cuban relations, than American journalists.
And by the way........ 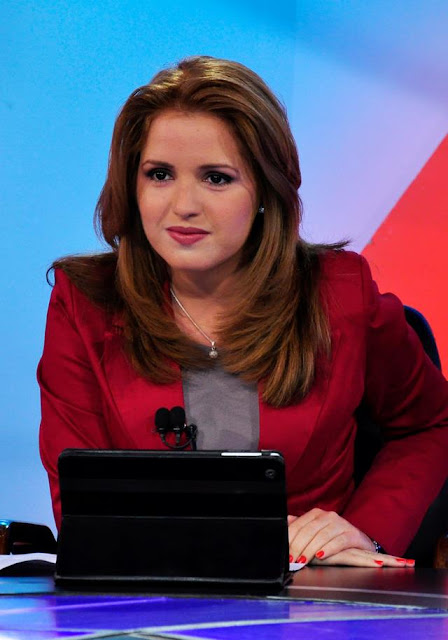