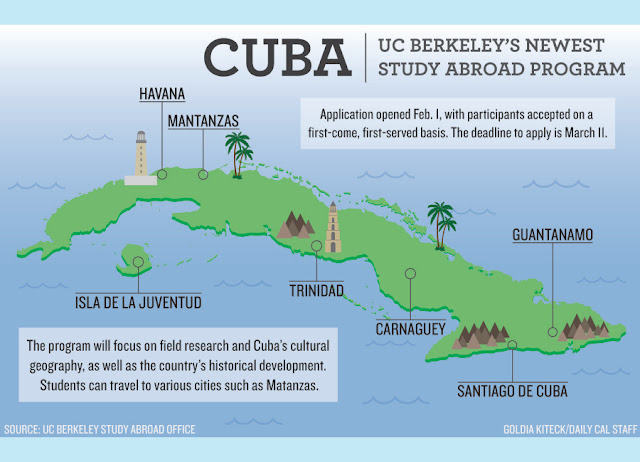 In this first week of February, 2016, UC-Berkeley has announced that it is offering a Berkeley Study Abroad program in Havana for this coming summer. The above graphic provides pertinent details. It is one of many positive reactions to President Obama's brave and remarkable overtures aimed at normalizing relations with the nearby Caribbean island. UC-Berkeley and numerous educational and business entities are hoping that, in this final year of Mr. Obama's two-term presidency, that a myriad of Obama-orchestrated advances will hold off antiquated Cold War-era tactics of Cuban-exile and Republican extremists who will, beyond doubt, powerfully attempt to roll back Obama's sane and decent visions for U.S.-Cuban relations. 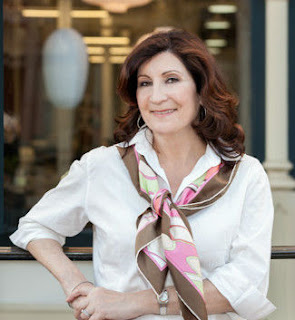 Elizabeth Vasile, a Ph.D. and top administrator at UC-Berkeley, devised this summer's Berkeley Study Abroad program in Cuba. Dr. Vasile said: "Cuba is a great place to see rapid transformation taking place. The two primary objectives for the program are to instill in students a nuanced understanding of the complexity of Cuban history and the ability to critically observe the world around them." I hope you will take time to re-read that quotation from Dr. Vasile. It's decency and sanity regarding Cuba is in stark contrast to the indecent and insane Cuban policy in the United States that has been dictated since the 1950s by self-serving right-wing extremists. Perhaps, as President Obama has said, it is time in the year 2016 to consider input from people such as Dr. Vasile and not just have everyone forced to bend to the dictates of right-wingers in Miami and the U. S. Congress, and that undemocratic and unethical genuflection includes not just Americans but America's very best friends all around the entire world. 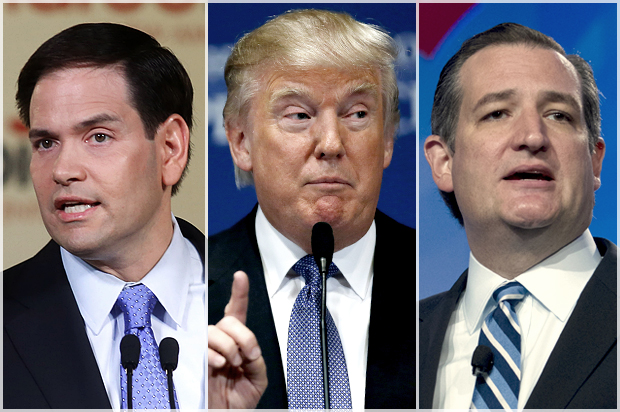 Every day throughout 2016 the U. S. media, if not the U. S. people, will be obsessed with a presidential election that will determine who succeeds President Obama in the White House in January of 2017. The montage above is courtesy of the AP and Reuters and shows the three Republican contenders, all of whom hope to begin tearing apart President Obama's Cuban policy, returning it to one that serves a few right-wing extremists at the expensive of everyone else. America's democracy has a two-party system -- Republicans and Democrats. Both parties are bought-and-paid for with the approval of the current Supreme Court, which in 2010 sanctioned unlimited political donations from individual and corporate billionaires. All three of the Republican candidates depicted above should be universally known to be unqualified to be the next President of the United States. {I'm a lifelong conservative Republican displeased with the right-wing takeover of my party and with a money-crazed system that rules both parties}. Donald Trump is a multi-billionaire that is not bought-and-paid-for but, as a controversial lifelong businessman, he is not qualified to be President and Commander-in-Chief. Yet, Trump would be less of a disaster than Marco Rubio or Ted Cruz. That's not because they are first-term and unsuccessful Cuban-American U. S. Senators. It's because they are extreme right-wingers totally bought-and-paid-for by a few easily identifiable right-wing billionaire extremists. Therefore, any of the above three Republicans would be disastrous as President and Commander-in-Chief, not just regarding Cuba but regarding all things most dear to Americans and its worldwide friends, such as...security. 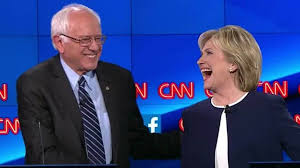 Bernie Sanders or Hillary Clinton are the only two Americans who stand as obstacles to a Rubio-Trump-or-Cruz presidency. Mr. Sanders is a 74-year-old Socialist-Democrat and Ms. Clinton is the 68-year-old standard-bearer of the Clinton political dynasty. Because Americans are clearly fed-up with the Clinton and Bush dynasties, and with bought-and-paid-for politicians, Sanders would be the best President out of the five remaining contenders. But his age and his Socialist background will, in the end, obscure his lifelong fight for everyday Americans and his lifelong fight against Wall Street billionaires. The Clinton machine, fueled by decades of support from Wall Street and even foreign billionaires, will overwhelm Sanders, which means it will overwhelm his views that most Americans, especially young Americans, strongly support. If America's friends around the world didn't know it before, the elongated and money-crazed presidential campaigns are proof to them that a handful of billionaires can easily purchase the U. S. democracy and there is nothing 315 million Americans, the vast majority in a famed democracy, can collectively do about it. 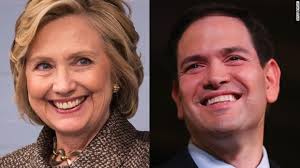 The ongoing 2016 presidential sweepstakes will come down to Democrat Hillary Clinton against Republican Marco Rubio. Both money-saturated political parties as well as the two individuals will literally have billions-of-dollars to back the two candidates. Democracy-lovers elsewhere in the world are aghast at this situation, which is drawn out for many months so rich people and rich media entities can get much richer. Consultants, television stations, and pundits are presented with legal means to become wealthy, undemocratic thieves. Any legal roadblocks to that insanity is easily brushed aside, such as the recent Iowa caucuses when the two win-at-all-costs Cuban-Americans, Cruz and Rubio, sent out last-minute officially looking flyers all across Iowa warning Iowans they would be breaking the law if they didn't do this or that, and Cruz's campaign, courting the evangelical voters supporting Dr. Ben Carson, loudly lied that Carson had dropped out of the contest so they should shift their votes to Cruz, who actually won in Iowa with such blatant, but acceptable, schemes. Cruz, however, is far too extreme to get the necessary support from the Republican establishment. That leaves Rubio to take the Republican banner, and Rubio would be even more dangerous -- domestically and internationally -- than Cruz. That's because America has never had a serious presidential contender as bought-and-paid-for as Rubio nor -- as journalist Ken Silverstein recently opined -- has America ever had a serious presidential candidate as "corrupt" as Rubio. Yet, he is supported by enough Wall Street, Hedge Fund, Jewish, and Cuban billionaires to purchase the White House for eight years...and beyond!! As February, the shortest month of the year, moves into high gear, Rubio is not a long-shot. He will soon lock-up the Republican bid for the White House and then have a 50-50 chance of beating Hillary Clinton. 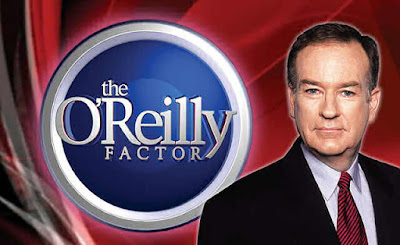 Even Bill O'Reilly, easily America's and Fox News's most influential conservative voice, mocks the money-crazed, pundit-driven political process. Before and after this week's final caucus voting in Iowa, O'Reilly had the sanest media appraisals. He mocked it as "nonsense." Months on end, the U. S. media obsesses over Iowa because it holds the "first" voting contest of the almost endless presidential cycles. Then the media obsesses over the results, which, as O'Reilly says, is nonsense. First off, almost all-white Iowa is totally unrepresentative of the United 50 States. Secondly, the most religious candidate is almost surely going to win in Iowa. Thirdly, in Iowa some of the caucus results were decided by...uh!...a coin flip. Fourthly {and I could go on and on...} the two Cuban-American candidates got away with scaring the voters with a saturation of official-looking "warning" flyers and even lying about another candidate having dropped out of the race, reminding some of Banana Republic tactics. Meanwhile, before, during and after the results, the media pundits obsessed over the "shocking" Iowa debacle that mostly just enriched a lot of folks who are now laughing over their newly bulging bank accounts.  One candidate who lost big-time, the ultra-rich Jeb Bush, actually spent thousands of dollars FOR EACH VOTE HE GOT, as did Cruz the winner. What Iowa proved is that both of the Cuban-Americans have enough ambition and more than enough money from right-wing billionaires to easily purchase the hallowed White House. O'Reilly summed Iowa up best: "It's clear that in Iowa religious voters preferred the religious conservative Ted Cruz. The media despises Trump and will paint him as a loser if they can but here on the Factor we're fair, and the truth is Trump remains very formidable." Mr. O'Reilly and Fox News, remarkably, had the most honest appraisal of this week's super-hyped Iowa debacle, just one step on the money-crazed, pundit-driven marathon known as a presidential campaign in America. 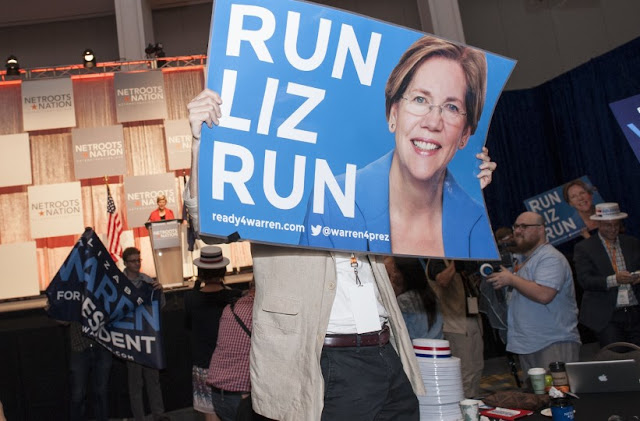 Many millions of democracy-loving Americans have literally begged Elizabeth Warren, the Democratic U. S. Senator from Massachusetts, to run for President of the United States. Beyond any logic or question, she is the most qualified American to succeed Barack Obama as President and Commander-in-Chief, one who will likely get to name three new Supreme Court justices. 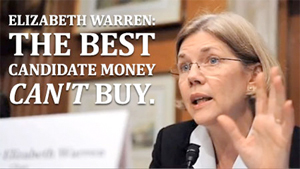 But Elizabeth Warren refuses to run for President of the U. S. because she refuses to sell her soul and her political beliefs to Wall Street billionaires. But America and democracy need her badly. 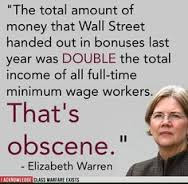 Because Elizabeth Warren is not running for President of the United States, the Wall Street obscenities will continue to shame America thanks to too many bought-and-paid-for politicians. 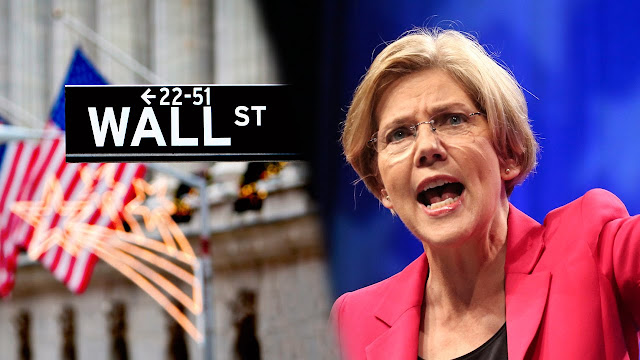 In January of 2017 it will be the Wall St. billionaires celebrating the outcome of yet-another presidential campaign, not Elizabeth Warren and the millions of Americans who so direly wanted her to run for President. Conclusion: If the majority of Americans can't defend their democracy and avoid a bought-and-paid-for President in 2017, they will deserve the consequences, which will include the decent, brilliant Elizabeth Warren just shouting from the congressional sidelines. 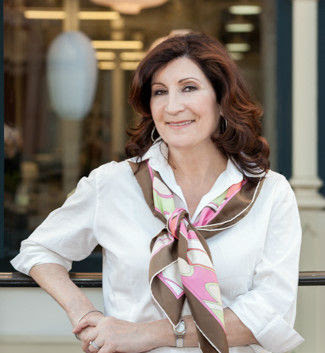 Millions of decent American voters like Dr. Elizabeth Vasile, whom you met at the top of this essay, are now being left out in the cold by our money-crazed, pundit-driven political process. They have no one to support in a two-party system in which both parties are bought-and-paid-for.