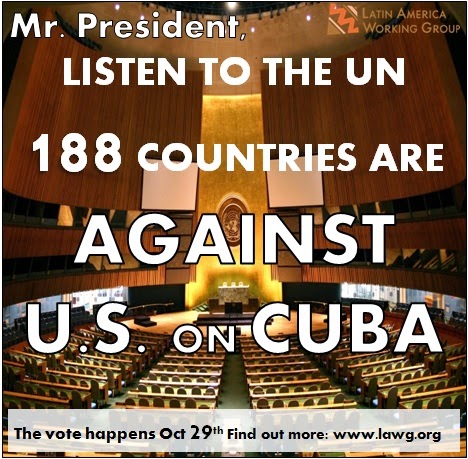 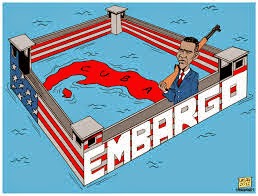 **The U. S. President is forced to enforce the U. S. embargo against Cuba.**
**While U. S. citizens lack the courage or patriotism to care.** 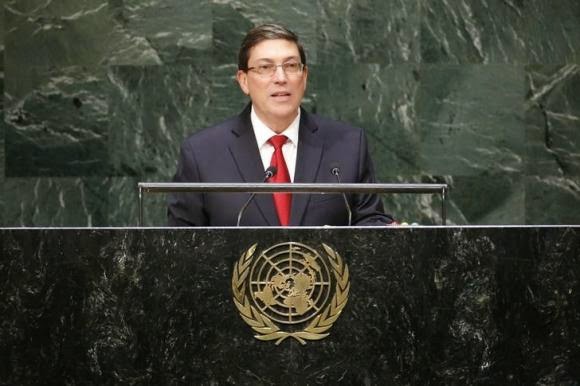 This week, for the 23rd consecutive year, the entire world expressed its outrage over the U. S. embargo against Cuba. The Reuters photo above shows Cuba's Foreign Minister Bruno Rodriguez addressing the United Nations in New York. He minutely described how the embargo is the longest and cruelest ever imposed by a powerful nation against a small nation. The innocent Cuban people, he said, are the primary sufferers and the embargo has cost the island economy well over $1 trillion. After other nations spoke in support of Cuba, the UN voted on the "Necessity of Ending the Economic, Commercial and Financial Embargo Imposed By the United States of America Against Cuba." The vote once again was 188-to-2. In all the world only Israel supported the United States and the rest of the world discounts that vote because of the billions of dollars in military and economic aid the U. S. Congress routinely gives Israel every year. For the same reason, three other tiny nations -- Palau, Marshall Islands, and Micronesia -- abstained from voting so as not to anger the U. S. But all the other sovereign nations in the world -- big and small, including America's very best friends -- condemned the embargo, and they did so very emphatically. 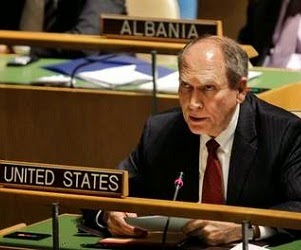 U. S. envoy Ronald Godard this week had the unenviable task of defending the indefensible at the United Nations. The rest of the world, except for bought-and-paid-for Israel, ignored his embarrassing words before casting their votes. 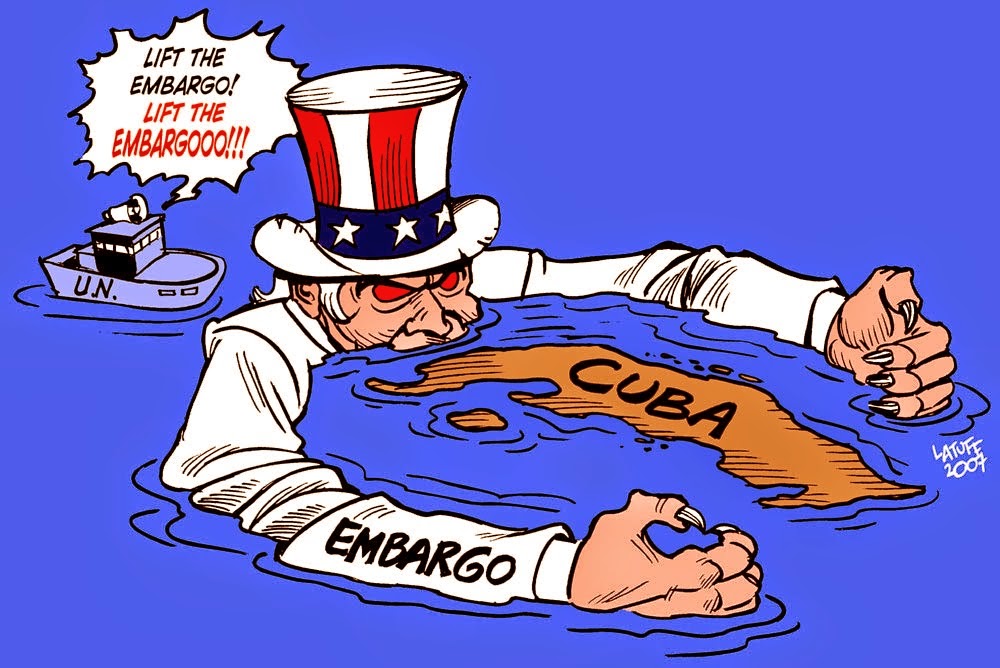 As illustrated once again this week, this is the image of the United States of America that permeates around the world because of the U. S. embargo against Cuba. It was first imposed in 1960 and then, after the failed Bay of Pigs attack on the island and numerous failed assassination attempts, it was strengthened in 1962, as registered by de-classified U. S. documents, to starve and deprive the Cuban people to entice them to rise up and overthrow their revolutionary government. Two generations of U. S. citizens -- because of stupidity, cowardice, intimidation or a lack of concern for their democracy -- since the early 1960s have allowed the embargo to continue to besmirch the image of the United States just to appease a handful of zealous Cuban exiles motivated by a fusion of greed and revenge that has been allowed to trump the decency and principles of democracy. The image above, as well as the UN vote this week, also reminds the world that teaming with the Mafia back in the 1950s to support the brutal, thieving Batista dictatorship in Cuba was not exactly a decent or principled act by the world's most powerful democracy; and neither was allowing the leaders of that overthrown dictatorship to establish an unchecked government-in-exile on U. S. soil. Americans are not supposed to comprehend those two points, but the rest of the world does...as revealed yet again by a pro-democracy vote in the United Nations. Propagandized, compliant, and pusillanimous Americans are supposed to ignore that UN statement, even as the rest of the world does not. 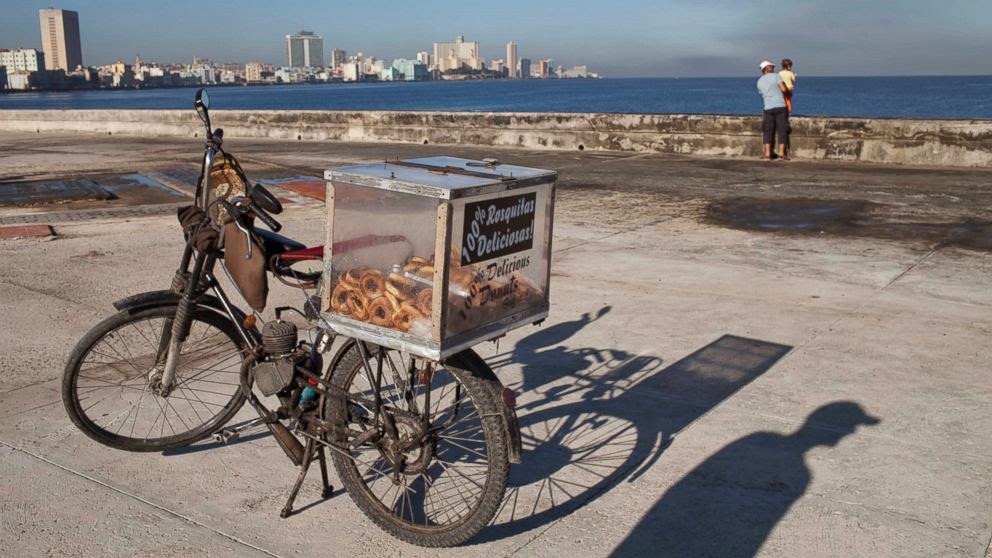 The very hour that UN vote was taking place in New York soundly condemning the ageless and unjustifiable U. S. embargo against Cuba, this AP/Franklin Reyes photo was taken in Havana. It shows Juan Carlos Lazo at Cuba's famed Malecon Wall with his young child. The motorized bike in the foreground is how Juan makes a living selling donuts. For over five decades, Americans have been told that the embargo and other egregious acts against Cuba are designed to hurt Fidel Castro. The rest of the world readily comprehends that excuse is a blatant lie; the embargo hurts Juan, his child, and other innocent Cubans while it exists to sate the revenge and greed motives of a handful of self-serving Cuban exiles. That is the message this week's vote in the United Nations sent around the world for the 23rd consecutive year. 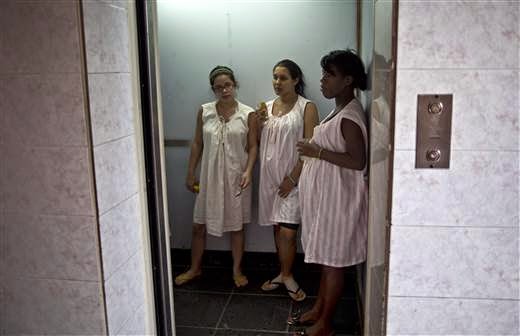 This AP/Ramon Espinosa photo was taken on October 27, 2014. It shows three pregnant Cuban women taking an elevator to a special maternity ward in an Havana hospital. This week Cuba announced a litany of plans to encourage a much higher birth rate on the island. It is concerned with its aging population, the oldest in Latin America. More than ever, pregnant women will be rewarded and coddled.
******************************
- October 28, 2014